Besides the roller coaster we built, we managed to burn the entire forest down! Thanks for the help Juston. 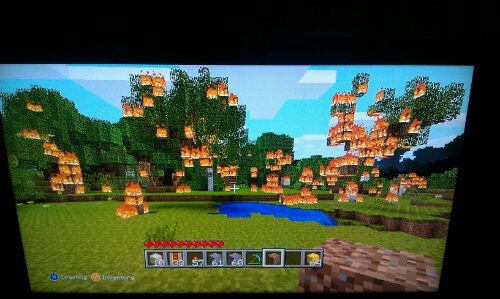