I came across some crazy cool Mountain Dew cans at the Hometown Deli over in Fishkill today on the way home from working at Pamal. Got a yummy chicken salad wrap as well.

Even though I don’t collect cans, I think I’ll keep these laying around. They are like collector items, just like everyone who has the original Coke bottles.

I personally think glass is the best to drink anything from, glass doesn’t distort the taste, but cans would be my second choice. What’s yours?

Just figured I would show you them, the one with the old man is pretty cool. Saying on the bottle is “it’ll tickle your innards!” 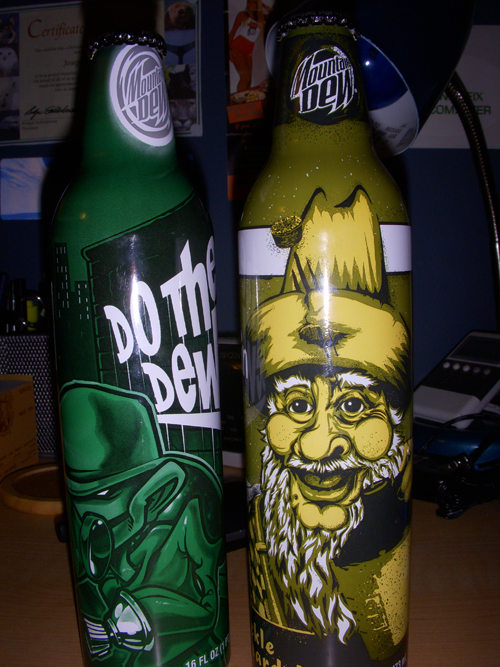