YES! I can finally throw out my 4-year-old piece of shit HTC Thunderbolt. LOOOONG overdue for this new phone. It’s amazing how I can press an app and have it open in less than a second, not actually sit there and count on both hands before I see some glimpse of life from my old phone that it was attempting to do what it was told. I’m not the kind of person that gets a new phone every year or less, just don’t see the point as they don’t change that much, but 4 years was way too long to wait. And for those of you out there saying I should have waited for the S5, I just couldn’t hold off any longer. It was like using an abacus to do advanced calculus. 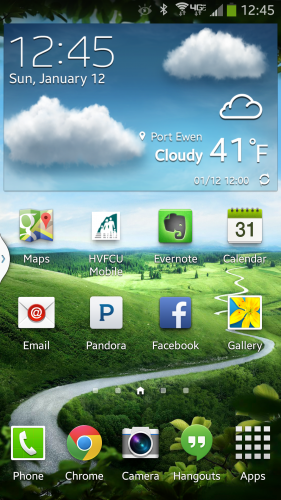