With the win Sunday, the New York Red Bulls won the 2013 Supporter’s Shield, something they have never won before. I guess I should have tried to make it to more games this year, but I really just didn’t have the time. Hopefully they can make it past the first leg of the playoffs this year. I will have to try hard to make it to the playoff games, especially since this my last year of season tickets for a while. Below is the playoff bracket for this year. 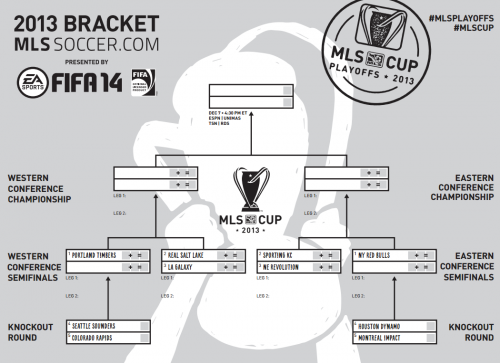