Ever find this awesome recipe but it yields 4 dozen or enough for 16 people when there is just the two of you? Happens to me all the time. This has come in handy on a few occasions so I figured it was worth sharing with everyone out there. Still trying to figure out how to efficiently half an egg. Does just using the yolk count, or do you just use a whole egg? 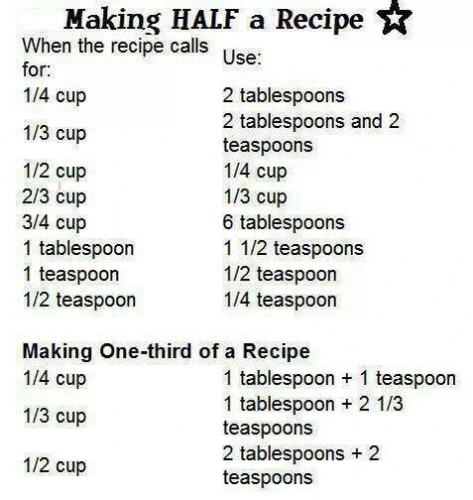