Saturday was the start of the EHWSL spring season. The teams played a round-robin just to get everyone used to playing together again. Amazingly Jamie’s Orange Team won both games. Things are changing this season, a lot of players have not returned due to work/money conflicts of being pregnant. Teams are a bit more even on the skill level, should make for a very interesting season, as long as everyone shows up. It was a beautiful day out when it was supposed to rain. My face was sun burnt at 9am and it was about 70 degrees, if not more. Below are pictures I took to keep me occupied on the sideline. 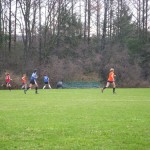 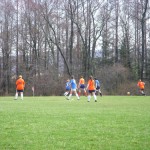 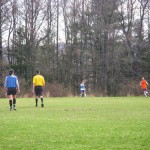 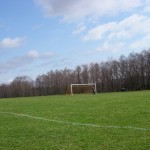 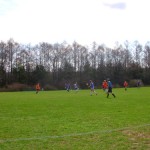 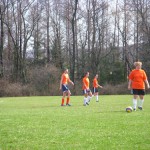 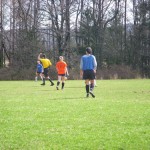 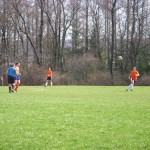 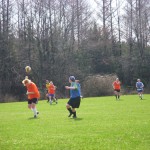 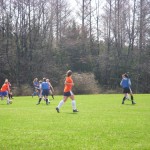 Here are some of the surroundings. I love taking landscape photos. It was such a beautiful day out. The EHWSL plays on Tymor Park over in the Union Vale, just outside of Lagrange. It is a very well kept park with 3 baseball fields and a soccer field. 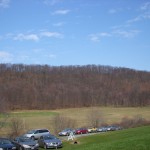 I know I promised some pictures of the game at the Net, but they all came out crappy because the camera kept on focusing on the actual net rather then what was beyond it. Also there was crappy lighting for photos and apparently this camera isn’t very good for fast action. I will take more from inside the actual playing area next week at the last game of the season. They girls did good, another tie. This puts them tied for 3rd. A big step up from last.