Here are my World Cup 2014 predictions. Don’t shoot me because I didn’t pick the USA to go further or Brazil to win. I feel the Dutch are a much better team and have the best chance to win this year. USA is doing well, but let’s face it, we still have a few more World Cups to go before we make it to the end. Germany vs Brazil was a toss up, either way same result, neither of them win. 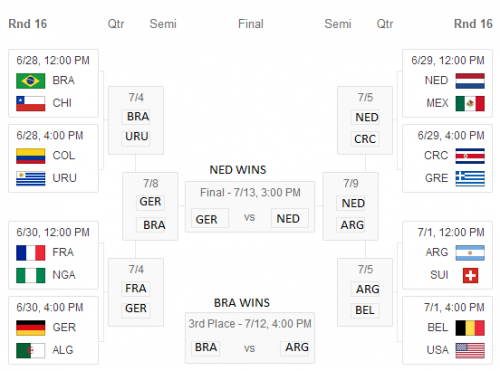