Tonight Jess and I were able to go to our first Ranger game of the season. Last year we went to a handful of games but had to cut it back to only one this year. So far I like the changes MSG has done. Place looks a lot cleaner than it used to and the concessions seem faster, although horribly overpriced. We were lucky and got to see the Rangers win 4-2 against the Winnipeg Jets. Looking forward to seeing more games next year and a full season!

Not bad seats this time. 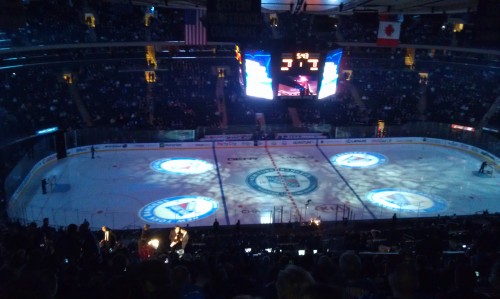