The final spots were figured out last night. Sadly Buffalo was kicked out. I was rooting for them as they were better than the Capitals. Oh well.

Here are my picks for the first round. Now I know this weekend a few in the west might change, if so I’ll update my picks if they do. 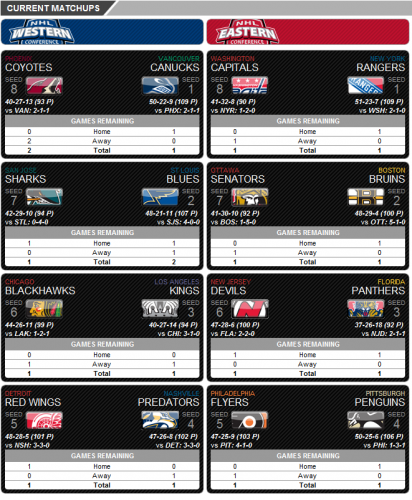