Here are the final standings of the regular season and the current playoff matchups. 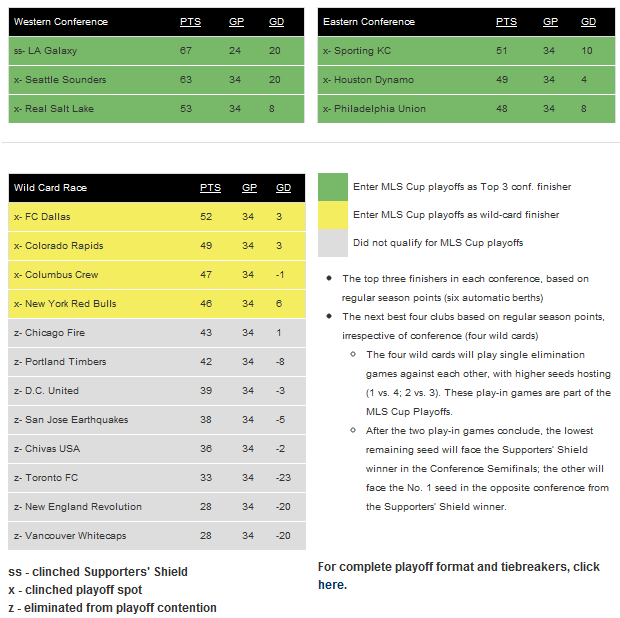