UGH! That’s all I can say. We had the chance to move into a dedicated spot and we blew it. Henry with his red card only 28 minutes in and we lose 2-0 to a team we can beat. Now we’re back at the bottom with 1 game left and Portland below us again with 2 games left. We can very easily get knocked out now. Awesome. Can’t stand this nail biting ending crap for the wild cards. I had enough of it with Boston this year. 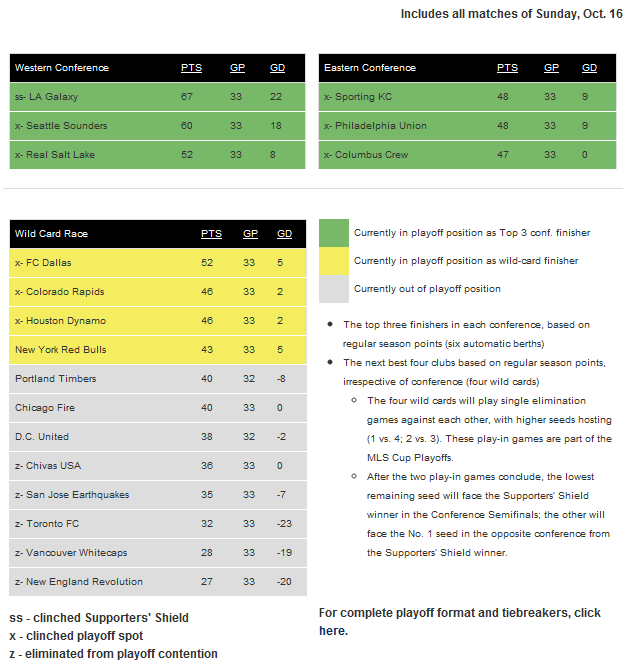