It’s March and that means its the start of the MLS season already!

First match for the Red Bulls is the a home game versus Seattle Sounders FC. Seattle had the pleasure of playing the first match on Tuesday versus LA Galaxy which they lost.

The game went well, Red Bulls dominated most of the match and won 1-0. The rookie Juan Agudelo got his first goal of the season (duh) and it was his first goal ever! Kid’s only like 18! 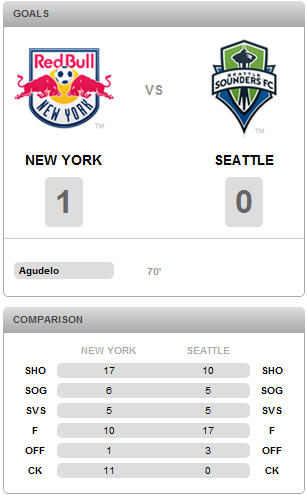 One thought to “NY Red Bulls vs. Seattle Sounders FC”