The season is winding down now, only 2 more games left after this one. Red Bull already in the playoffs, first game Nov 4th. Today they played Real Salt Lake which are the reigning champs and second in the West.

It was a real intense game, both sides dominating midfield with little scoring chances. Defensively both teams did great. Game tied 0-0, but hey it’s another point. 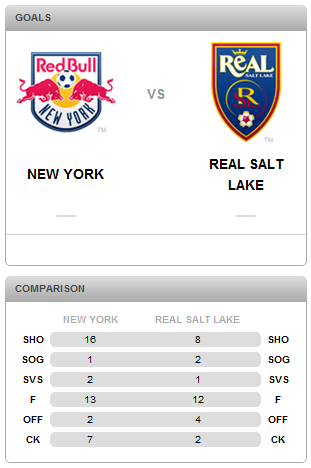