This was a good game to watch. Brought down a whole mini van full of people which was fun itself. Still can’t believe I whooped that kid in the WRX with the mini van.

Red Bulls got a very early goal which isn’t typically their style. Kansas played like crap until near the end but Bouna the Red Bulls goalie made a bunch of wonderful saves and kept the game 1-0.

With the win Red Bulls moved to first in the east and clinched their playoff spot. Pretty damn good for a deal that was dead last in the league by a lot last year. 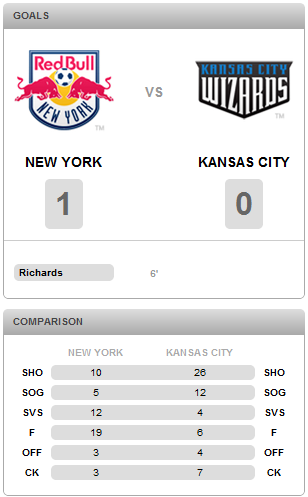