I brought Eric and Missy to this game along with Matthew. Was a really good game and glad to see NY come out on top after that crappy LA game.

Dane Richards had an awesome goal. Check it out here. This would be week 22. 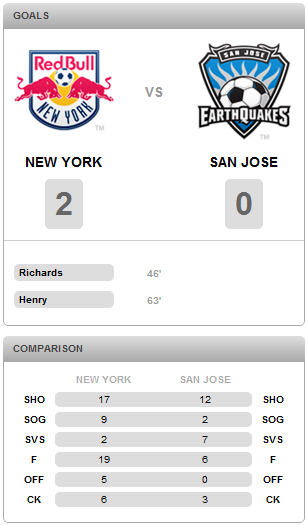