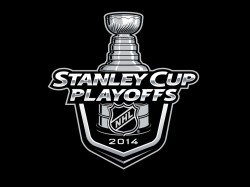 I honestly can’t figure out who to root for in the Stanley Cup Playoffs now that the Penguins and Ducks have lost. I’m sitting here watching the Rangers actually playing like a real professional team for once and I just cannot bring myself to root for them. No, it’s not because they beat the Penguins, the Penguins lost on their own by playing shitty. I have never been a New York sports fan. For the longest time  the only team I disliked  more than the Rangers was the Islanders. Over the past few years of living with a die-hard Rangers fan I’ve learned to let it go and tolerate them a bit more.

Here is my dilemma, I dislike every team in the playoffs right now. I absolutely don’t want Chicago to win again, that would be boring. I really couldn’t care less about Montreal. So I’m stuck behind LA and NYR right now, and with my past hatred of a team I’m having a hard time wanting them to get the cup. I’m leaning towards LA as I write this, but I might just suck it up and go for NYR, Whoever it is, I can at least say that hockey is the best sport out there.