Huge upset as the Red Bulls were eliminated from the playoffs last night. All they needed was a win or tie and they lost 3-1 which lost them the aggregate so they were eliminated.

I think there were some very bad defensive plays and I don’t see why certain rookies and benchers were played first instead of the star players. Very upset. Red Bulls had more possession time and were the much better team.

Oh well, time to renew my season tickets and wait for next year. 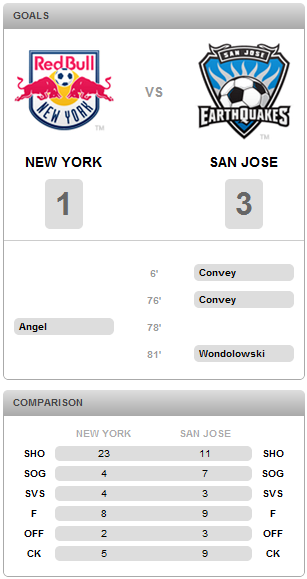